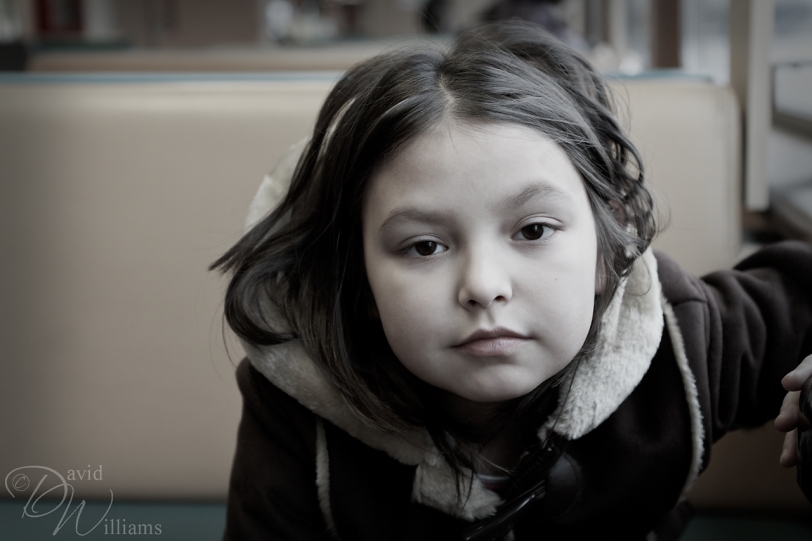 Hmm..today’s The Daily Shoot is the same as my Storm..er, Clone Trooper photo so I decided to play around in PS instead!

We took a little ride over to the other side of the sound and of course, took a ferry! This was captured as soon as we came in from outside where it was cold and very windy (hence, Cait’s crazy hair)! Amy doesn’t really like her hair in this, says that she feels the need to go grab a brush. 🙂 I rather like the hair all crazy, I think it, along with how she’s bundled up and the partial B&W conversion adds to the photo. Thoughts?