Ok, so the weekly photo challenge is Pattern over at the Daily Post. I actually had a different image in mind but am still working on post processing so perhaps tomorrow I’ll post that one (it’s rather…colourful).

About the images, both were taken during the day and there was a little more darkening around the edges in post processing but that’s pretty much how the shot came out. The reason for it looking like it’s dark out is because I used an off-camera flash and a high shutter speed (1/1000 second in both cases). When using off-camera flash, the shutter speed “controls” the ambient light. The higher the shutter the less background you will see. 🙂 Keeping that in mind, most cameras have a flash sync speed of 1/200 or 1/250 second (if you use any shutter speed faster than that you will start to get black areas on top/bottom…those black areas are actually the shutter!) so you will need to have triggers that allow high speed sync. I know, I know..babble babble babble…but why two images today David?  Well, to be honest, I couldn’t decide which I liked better! 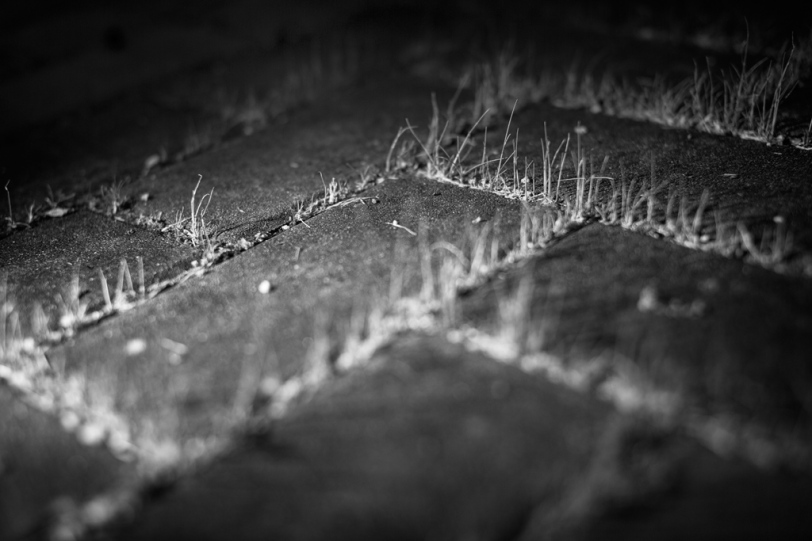 Oh…one other thing…which pattern did you see first, the grass or the brick?

This work by David Williams is licensed under a Creative Commons Attribution-NonCommercial-NoDerivs License.